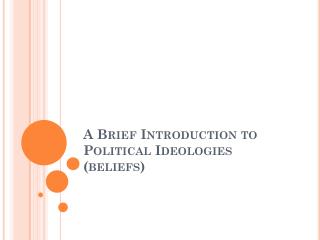 Family Values - . political and social concept or term that has been used in various nations across the world to describe

Philosophical Approaches to Classroom Management - . introduction. classroom management is not a bag of tricks 1)

Heuristics and Biases - . behavioral and experimental economics. making decisions under uncertainty. many decisions are

The Political Frame - . moliere’s the misanthrope. it is hard to dislike politics without also disliking people. like