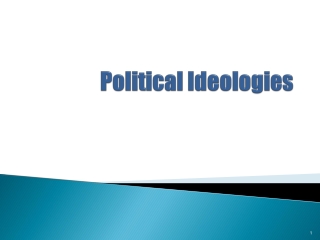 Political Ideologies - . a mr. rice activity may 26, 2011. definitions. politics – the art or science concerned with

An Age of Ideologies - . 4.1. use a form of the question in your answers. conservatives prefer the old order. ideologies

Ideologies of the Cold War - . unit 8. allied leaders fdr, churchill and stalin met in february 1945 at the yalta

Nineteenth Century - Isms - . the new ideologies the political, economic, and social changes that the french revolution