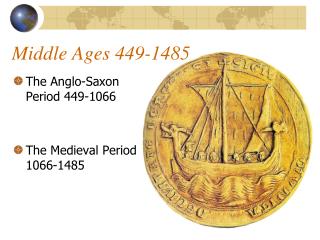 The Anglo-Saxon and Medieval Periods - . the middle ages british literature 449-1485. taken from the longman anthology of

The Anglo-Saxon and Medieval Periods: 449–1485 - . the origins of a nation. historical context. from its very

449-1485 - . the middle ages. overview. time of enormous upheaval and change in england. some of most famous and infamous