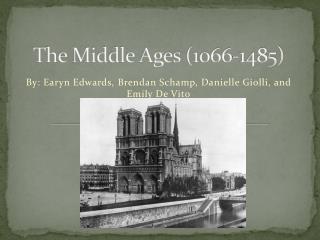 Middle Ages Europe 500-1300 - . what do we mean by classical period? post classical?. from rome to the middle ages. dark

Middle Ages/Medieval Theatre - . 500-1500 a.d. rules against drama. the church took over many functions of leadership in

The Renaissance - . birth of venus – botticelli, 1485. aim : why did the renaissance begin in italy ? explain how life

The Middle Ages - . objectives…. identify chronologically when the middle ages began and what the periods primary

The Anglo-Norman Period, English literature of the late middle ages(mid-11th –---mid-14th century) Sir Gawain and the