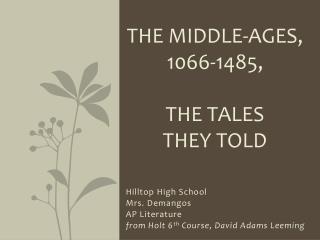 Hospitality And Tourism Research - . the beginnings of research. started in the late 18th century during the middle ages