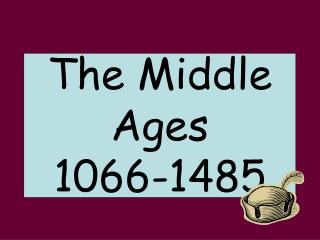 The Middle Ages 1066-1485. After the Norman Invasion England ( and the world) would forever be changed… This was due to one man…. William, Duke of Normandy also known as William the Conqueror.

Chivalry: The Art of Being a Knight - . what does ‘ chivalry ’ mean?. have you ever been told to behave like a ‘