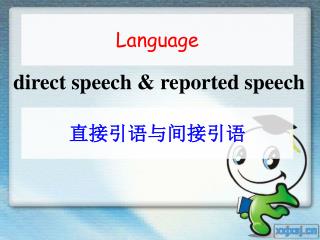 Language and Worldview - . the details. 4,000 unique human sounds 400 of these appears in the world’s languages usually

Teaching the Language System - . part 1. main issues in fl grammar teaching. whether to teach it at all whether to do so

Language - . what is language ? how is language related to thought? how is written language different from spoken

The History of the English Language - . (and a few others i threw in) by: miss griffith sept. 2008. brush up your

Language and social variation - . chapter 19. sociolinguistics. the way one speaks provides clues not only to a person