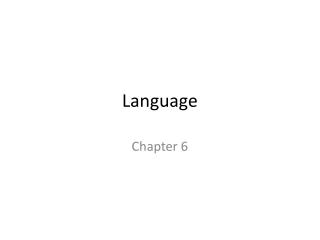 Language. Chapter 6. Key Question 1 :. What are Languages, and what Role do Languages Play in Cultures?. Why geographers study language . Zorionak!. ¿Cómo estás?. the single most common variable by which cultural groups are identified