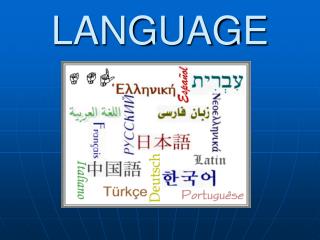 LANGUAGE. Language Introduction. Language= one of the oldest, most geographically diverse and most complex cultural traits on earth Prehistoric past – at least 10,000 languages spoken Today 5,000-7,000 Africa and Asia = most linguistically diverse continents