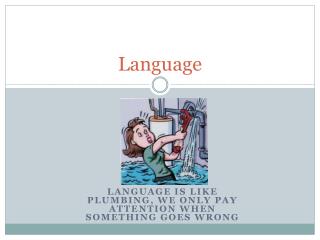 Language. Language is like plumbing, we only pay attention when something goes wrong. The Crazy English Language!. Why isn’t phonetic spelled the way it sounds? Why do we drive on parkways and park on driveways?