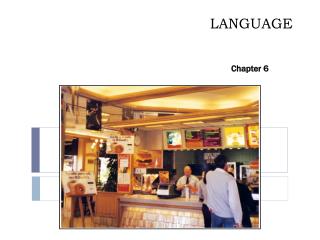 LANGUAGE. Chapter 6. What Are Languages, and What Role Do Languages Play in Culture? . Language : A set of sounds, combinations of sounds, and symbols used for communication Standard language : A language that is published, widely distributed, and purposefully taught