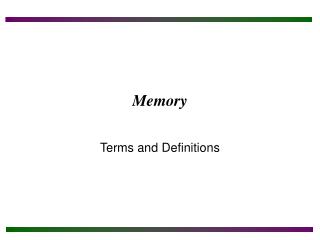 Memory. Terms and Definitions. Chapter Objectives. After completing this chapter you will: Understand memory-related terminology. Be able to install and remove memory chips. Understand how memory works with different operating systems.