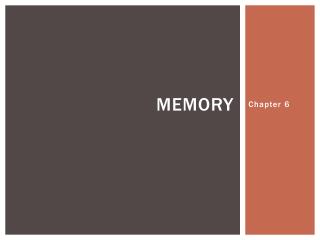 Memory. Chapter 6. What is Memory?. Memory is the system by which we retain information and bring it to mind. Without memory, experience would leave no mark on our behavior; we would be unable to retain the information and skills we acquire through experience.