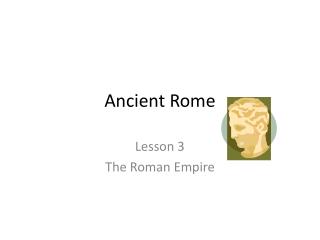 Chapter 6 ROME Pre-TEST - . rome is a city on this peninsula. danish italian greek yucatan. italian. according to rome

Ancient Rome - . ancient rome began as a group of villages along the tiber river in what is now italy. around 750 b.c.