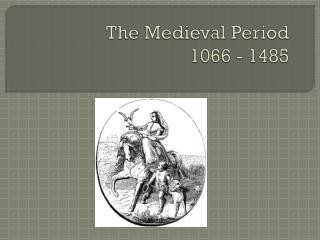 The Medieval Period 1066 - 1485. The Norman Conquest. The Battle of Hastings in 1066 King Harold of England was beaten by William of Normandy Normans were of Viking and French ancestry Full take-over, not just a temporary invasion. Norman Invasion cont.

Assessment and Intervention in the Prelinguistic Period - . paul, r. (1995). language disorders from infancy through