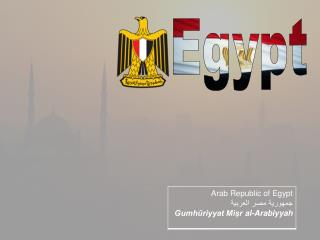 Egypt - . no more pharaohs, well that’s not fair. by: everett zettersten 7 th period ap us history. where is egypt ?.

Egypt - . chapter 2 section 2. warm up. what do you know about the ancient egyptians? describe where egypt is located?

Egypt - A peek into egypt.

EGYPT - مصر. egypt. confronting challenges of reality and making a dream come true bridging the gap to a future career

EGYPT - . delta . a marshy region formed by deposits of silt at the mouth of a river. nile delta. pharaoh. * considered a