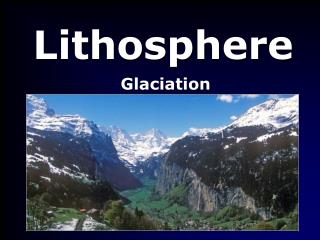 I-4 Dynamic Planet Notes - . the earth’s lithosphere. the boundary between the lithosphere and the asthenosphere is a

Natural and Human Systems - . what happens when systems interact? determine the significance of interactions between

What is the Lithosphere: it is not the asthenosphere

CHAPTER 6: THE LITHOSPHERE &amp; THE HYDROSPHERE - . the lithosphere approximately 100 km thick the outer shell is