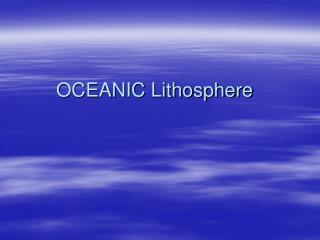 The Origin of Oceanic Trenches - . summary. deep folds, thousands of miles long and several miles deep, lie on the floor

The Archean and Proterozoic - . part 2. a quick review. the big bang red shift accretion of solar system earth moon. a