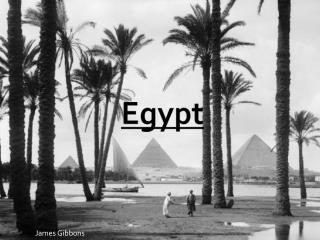 Egypt - . from pharaoh to mubarak. classic egyptian civilization. egypt is one of the oldest civilizations in human

Egypt - . egypt officially the arab republic of egypt, is a country in north africa that includes the sinai peninsula, a

Egypt - . john kline jesse helman. why did we pick egypt?. we chose to report on egypt because it is one of the most

ANCIENT EGYPT 1º ESO - . “egypt was the gift of the nile” herodotus. unit 1. the nile. lower and upper egypt river