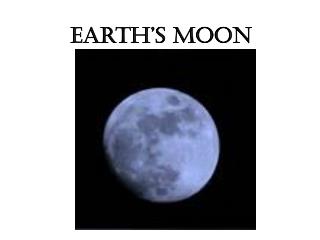 Earth’s Moon. Exploring the Moon. satellite (moon) - a natural or artificial body that revolves around planet and that has less mass than the planet does. Seven of the planets in our solar system have natural satellites, or moons. Our moon is Earth’s satellite.