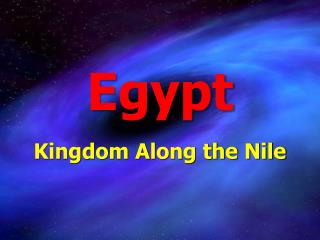 Egypt. Kingdom Along the Nile. Egypt: Introduction. A much more stable and hierarchical entity than Mesopotamia, as we will see. After the unification of Upper and Lower Egypt The empire lasted 2500-3000 years, depending on interpretation EZEKIEL CHAPTER THIRTY-TWO - . outline ezekiel chapter thirty-two. the fall of the king of egypt v. 1-6 the greatness of

The Health Care Employment Market In Egypt - . by dr. mohamed kamal md, quality manager mba, tqmd (auc ). what is the

River Civilizations &amp; Egypt - . nadzak. ?. the development of farming was so awesome it’s considered a