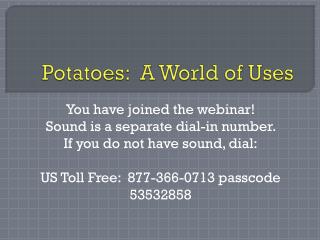 Potatoes: A World of Uses Potatoes: A World of Uses

Fruits and Vegetables with POI’s by Brandi Davis - . potato. 1) today potatoes are grown in all 50 states of the usa