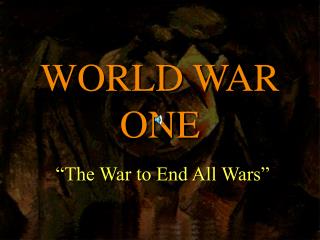 WORLD WAR ONE. “The War to End All Wars”. Before the outbreak of World War I in 1914, the general outlook for the future by most Europeans were highly optimistic with material progress expected to create an “earthly paradise.”.

World War I - Introduction - . what do you already know?. from world war i. manfred von richthofen – german pilot with

The World Goes To War...Again - . how the treaty of versailles and the great depression led the world back to war. world

Presentation 3 – Where in the World? - . learning objectives. to identify and describe what places in the world are

DID YOU KNOW?? A Simpsons episode has been dedicated to the World Cup 2014! - Did you know?? germany built their own