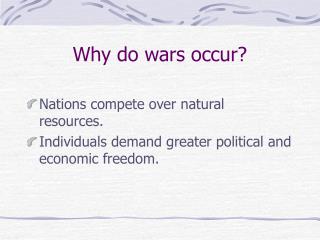 World War II (WW2) was a global military conflict which involved a majority of the world's nations, including all of the great powers, organised into two opposing military alliances: the Allies and the Axis. World War 2 - . for almost six years from 1939 to 1945 britain fought the toughest war it had ever experienced. world war

World war 2 - . the blitz. air raids on london began in september 1940.this war the start of the blitz. lots of other

World War 2 - . presented by saif.f. evacuees. what was evacuation? at the start of the second world war, many children

WORLD WAR 2 - . blackout. britain was blacked out on 1 st septmber 1939 days before the outbreak of war. gas mask. there

World War 2 - . what were the dates for ww2. world war two began in september 1939 when britain and france declared war

world war 2 - . by bethany tufts. contents. timeline why did ww2 begin evacuation dunkirk the phoney war the blitz the

World War 2 - . a global depression. the great depression was felt all over the world, not just in the u.s. after the

World War 2 - . by erin shanks. propaganda. propaganda was a style of persuasion where people used posters to get people

WORLD WAR 2 - . ration books. people had ration books instead of money. food  rationing  began in 1940. this meant each