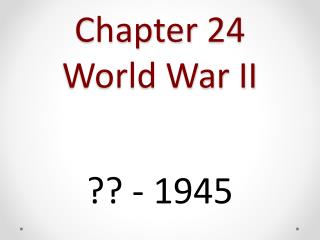 Chapter 24 &amp; 25 – World War II What is isolationism? - Isolationism : a policy of minding your own business

Chapter 24: World War II - . review. president during world war i. he played an important role in ending the war and