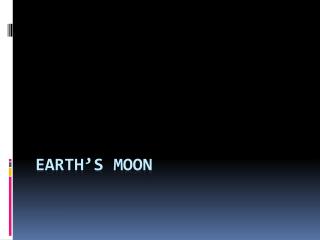 Earth’s Moon. The Moon. There is no atmosphere on the moon. Temperatures on the surface range from over 100 °C to -170°C.