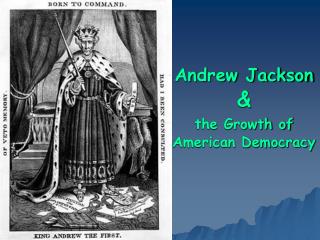 Andrew Jackson & the Growth of American Democracy. 14.2 The Inauguration of Jackson. During the election of 1828 the United States experienced a growth in democracy . Prior to this election only white property owners could vote.