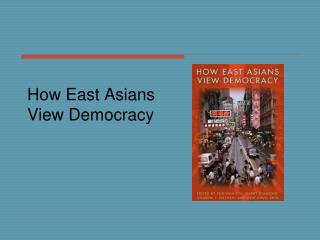 HOW Democracy - . how did britain become more democratic between 1867 and 1928?. we are learning to…. identify the ways

How to View the East Asian Economy? - . j.d. han king’s university college. in the classical economics by adam smith,

Asians in Advertising - . representation of asian people in advertising. all east asians or oriental asians are often

Diabetes in Asians - . epidemiological studies have revealed a rapidly emerging epidemic of type 2 diabetes in asia.

British Asians in Cinema - . aims: to explore the history and issues around asian representations in uk film. recap. what

Culture and Attention: Comparing the Context Sensitivity between East Asians and Westerners - Workshop with professor