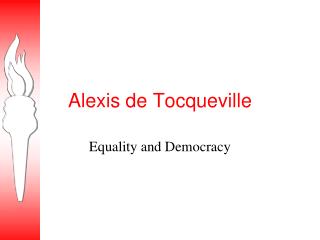 An Outsider Looking In : Alexis de Tocqueville - . “a worldwide revolution toward democracy is in full swing amongst

Aleijah,Alexis - . bastet ball. dr.jamas n aismit. he was born in 1890 and this death time is