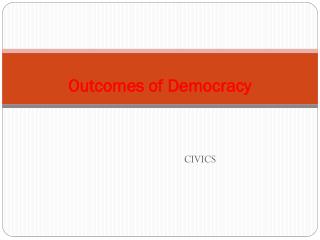 1801 - . election of 1800. huzzah for being the president!. midnight appointments. i can see it now…those crazy

Democracy on the African Continent: Colonialism, Tribalism and the Future - . country focus: nigeria. democracy . is