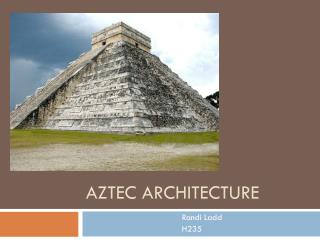 The Aztecs - . www.artzia.com. background. originally named mexica located in what is now central mexico the empire

The Aztec story - . by bryce reynolds.

Aztec Warfare - . the aztecs were a powerful war society. . from the moment in which you were born, you were a potential

Aztecs - . task. create a title page in your books with the heading aztecs and the following basic facts - the aztecs

Aztec Art and Architecture - . by: ali el rabbat. importance of art. aztecs cared about their art work also used for

Aztec Project Tiffany Stevens - . aztec daily life. unlike others at their time they were very modern. the husband’s