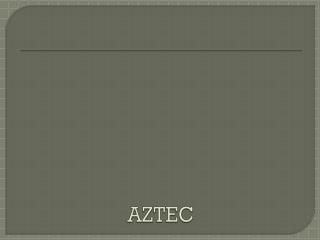 AZTEC. S chools. Aztec schools offered a formal system of education. Every child had to attend, including girls and slaves . School was mandatory and free. Teachers were highly respected.