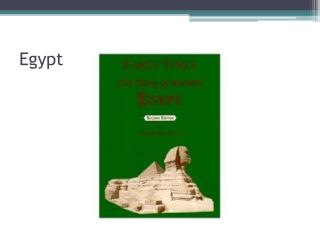 Egypt. Pharaohs, Mummies, Pyramids. Review. Major River?. two types of soil?. What is inundation?. Last Nights Notes - Government. What led to the creation of local government? Who was in charge? What is a nome ? Nomarch ?. Upper Egypt. Lower Egypt. Trade.