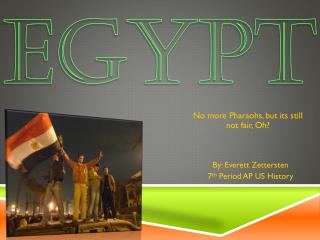 Egypt. No more Pharaohs, but its still not fair, Oh?. By: Everett Zettersten 7 th Period AP US History. Where is Egypt ?. Egypt is located in Northern Africa