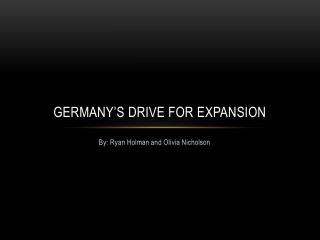 Westward Expansion - . essential questions. why did americans of european descent feel so compelled to expand the country