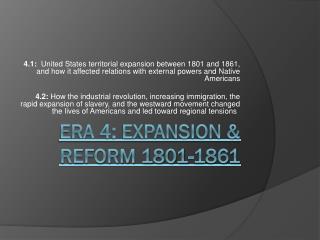 4.1: United States territorial expansion between 1801 and 1861, and how it affected relations with external powers and Native Americans 1801 - . election of 1800. huzzah for being the president!. midnight appointments. i can see it now…those crazy