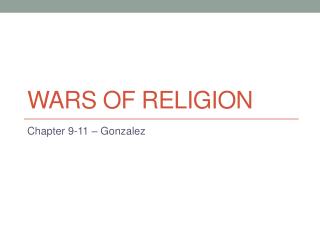 Wars of Religion. Chapter 9-11 – Gonzalez . War in Germany. Gonzalez, Chapter 9. The War of Schmalkald. Philip of Hesse vs. Charles V (I). Expansion of Protestantism in Germany.