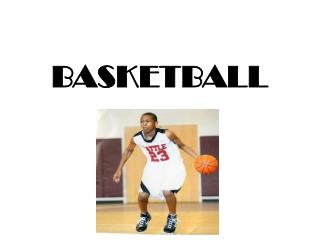 BASKETBALL. HISTORY. James Naismith was the Canadian physical education instructor who invented basketball in 1891. Initially, players dribbled a soccer ball up and down a court of unspecified dimensions. Points were earned by landing the ball in a peach basket.