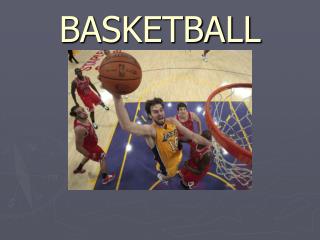 BASKETBALL. GAME PLAY. Basketball is played between two teams of five players whose goal is to put  the ball in the basket hoop. 4 quarters of 10 minutes. The watch stop when the game is not in play. You can bounce, pass or shoot. Circumference : 68 – 73 cm Diameter: 23-24 cm