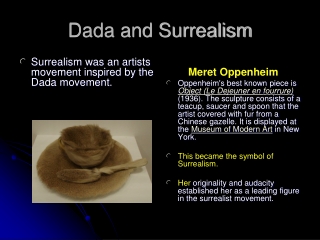 Surrealism was an artists movement inspired by the Dada movement. Meret Oppenheim Fantasy &amp; Surrealism - . the idea of fantasy and surrealism has been around as long as man has. as long as there