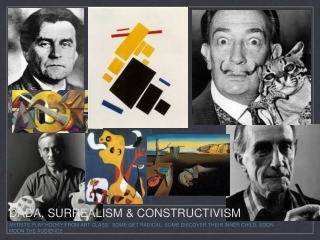 CONSTRUCTIVISM - . defining constructivism according to the greenwood dictionary of education , we can define

CONSTRUCTIVISM - . brief background:. the principles of constructivism theory are derived from three main movements that