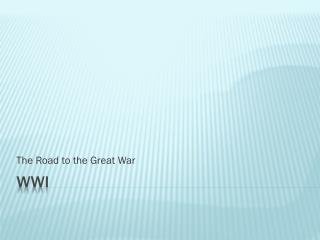 The Road to the Great War. WWI. Imperialism. As America has been building its empire, so have other nations Germany industrializes, and starts competing with France and Britain for colonies and military bases, in places like Africa, the Pacific, and China. Setting the scene. Nationalism.