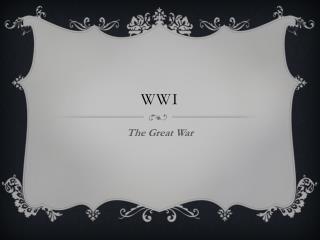 WWI. The Great War. 5 causes = MANiA. M = MILITARISM : arms race develops amid countries in W. Europe -French and German armies double in size between 1870-1914, British and Germans fight for mastery of the seas