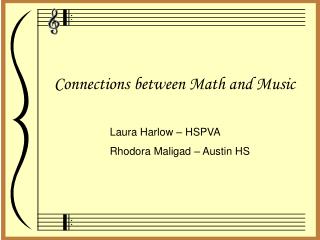 Connections between Math and Music Laura Harlow – HSPVA Rhodora Maligad – Austin HS. A village without music is a dead place. African proverb. Our Goal To understand some of the mathematics found in music

Secure Digital Music Initiative - . creating a digital music marketplace. what sdmi is:. a multi-industry forum to