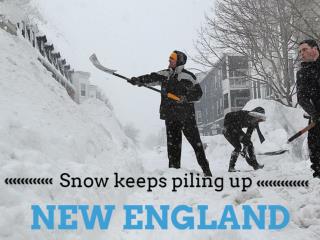 The record-breaking snow amounts just keep piling up since the blizzard that hit the Northeast in late January, causing major commuting issues, damage to property, and sore backs across the region.