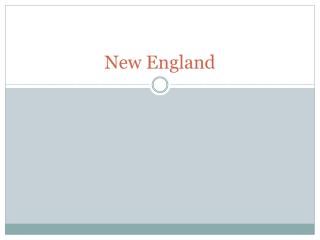 New England. New England. Geography. The region is bounded to the north by Canada, to the east by the Atlantic Ocean, to the south by Long Island Sound, and to the west by the state of New York .