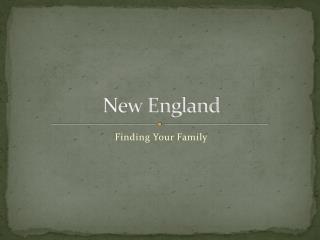 New England. Finding Your Family. "Whenever possible, arrange to have your ancestors born in New England. This is the happy hunting ground for genealogists.". New England Research Introduction. What is New England Vital Records Census Records Compiled Records Genealogical Dictionaries