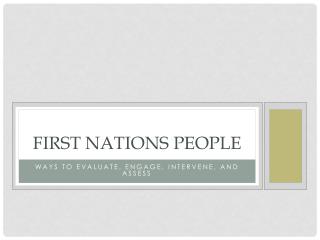 The importance of Salmon to First Nations people - . historic and contemporary perspectives. salmon were more than just