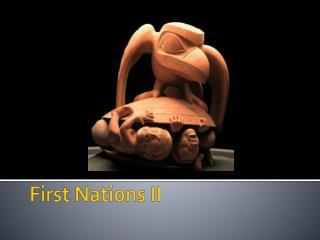 First Nations II . Discuss. What does the “reconciliation” in the context of settler-aboriginal relations mean to you?. The core question for this class. How to reconcile pre-existing Aboriginal title (occupation, sovereignty) with Crown sovereignty.