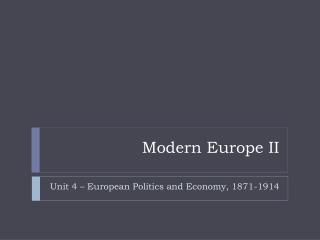 Modern Europe - . conflict and change in europe to the 21st century. the cold war. rise of superpowers. united states vs.